THE MYX is a powerful little three piece band from the Palm Springs desert area. Playing all styles of music from the 50's to the present and is perfect for all venues large or small. The Band has played together for many years. The Myx started as a group of passionate musicians, they have strong vocals both in English and Spanish and tight harmonies. These experienced musicians know how to feel the crowd and play for the size and feel of their venue. They have played Spanish tunes at the Palm Springs Pavillion, Rocked at the Fantasy Springs casino, and traveled from Oregon to Alaska working the Red Line Hotel circuit.....their range of style runs from fine dining at The Indian Wells Country Club, to large scale special events like the So Cal Fair, or they can be right at home at local watering holes like the Palm Springs Village Pub. The Myx is crowd pleaser, guaranteed to make any club hop, party dance, or bar groove. They are professional musicians who just love to play. 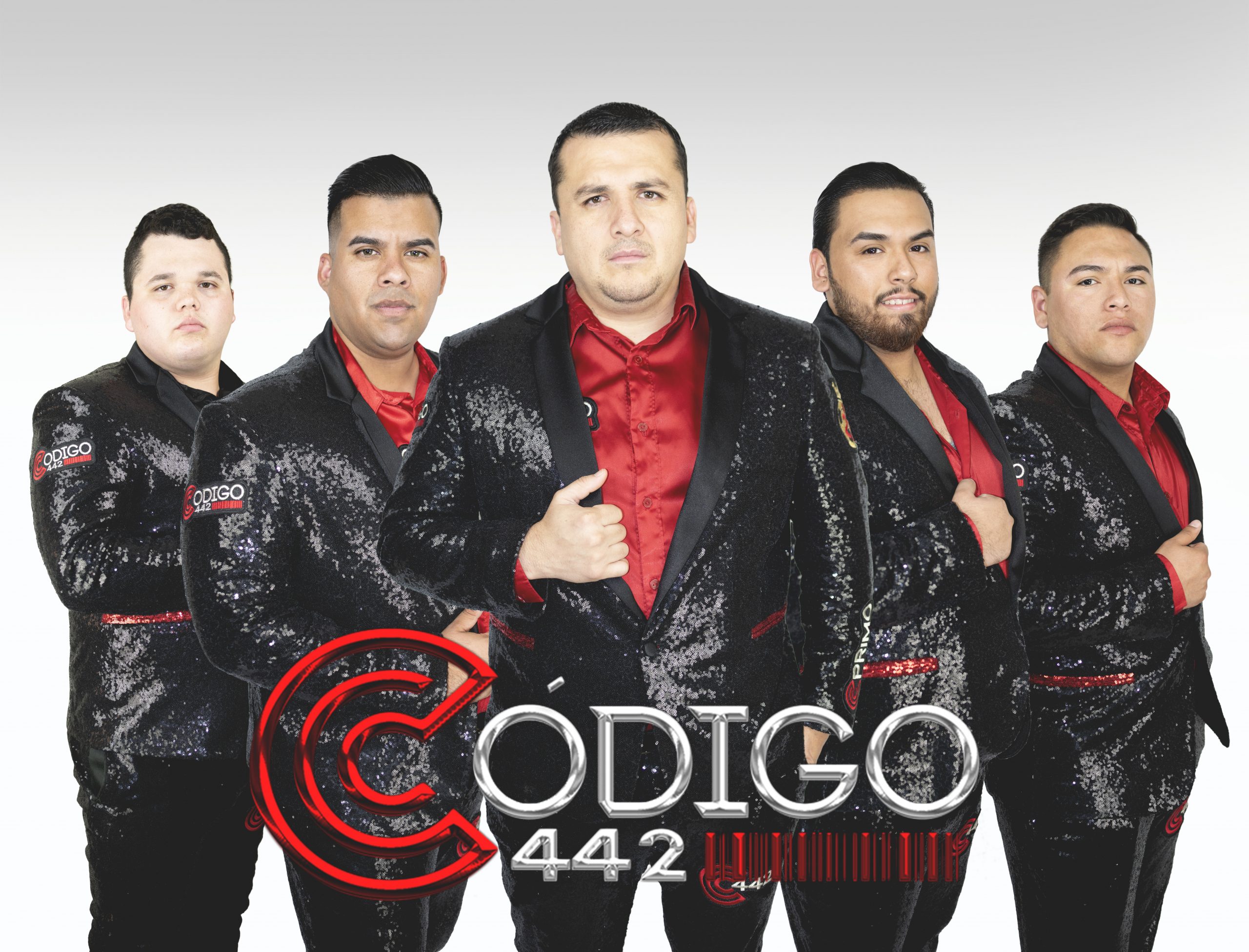 Northern group created on June 23, 2016 by members of the imperial valley for all people of all ages. We have all kinds of music 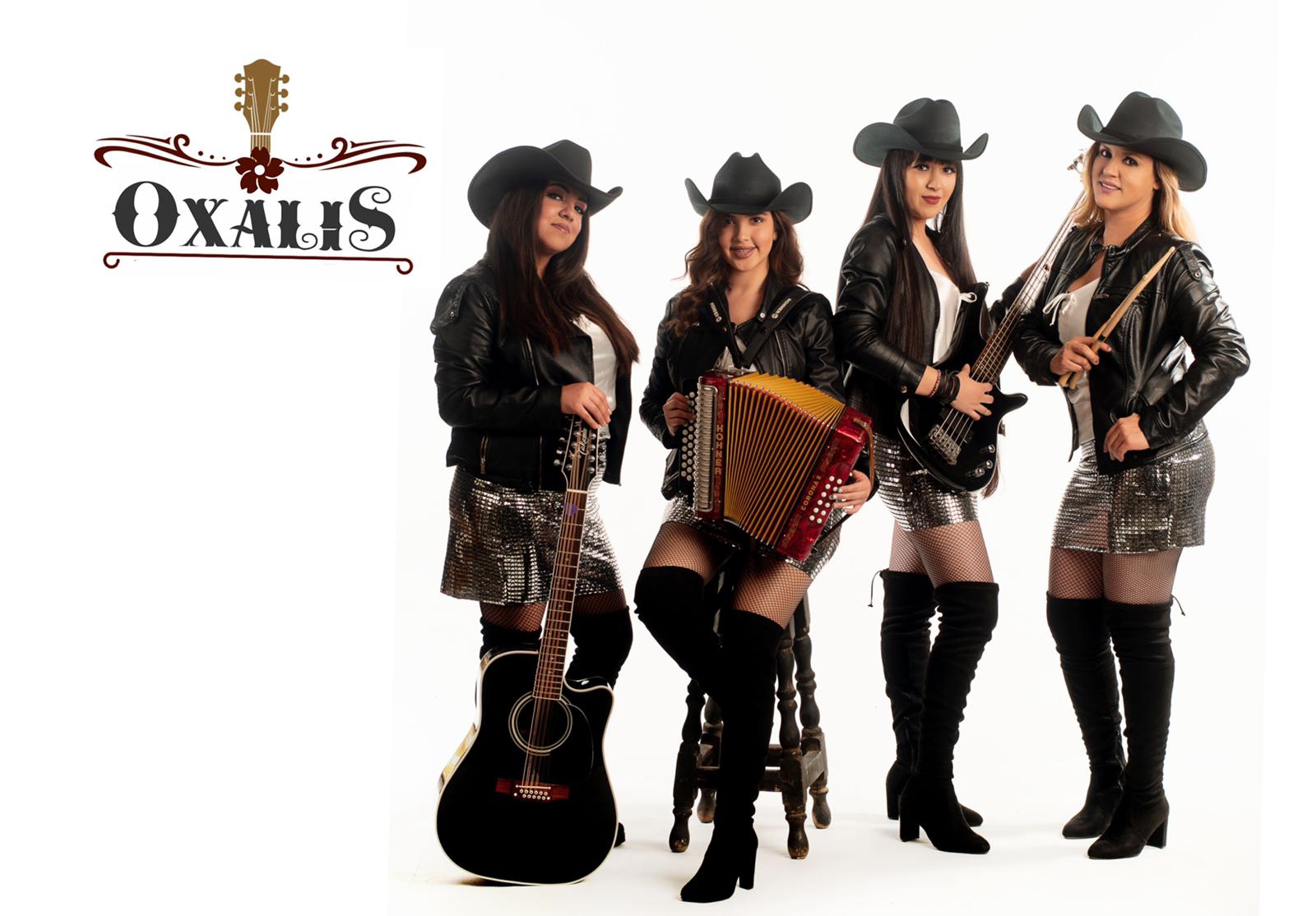 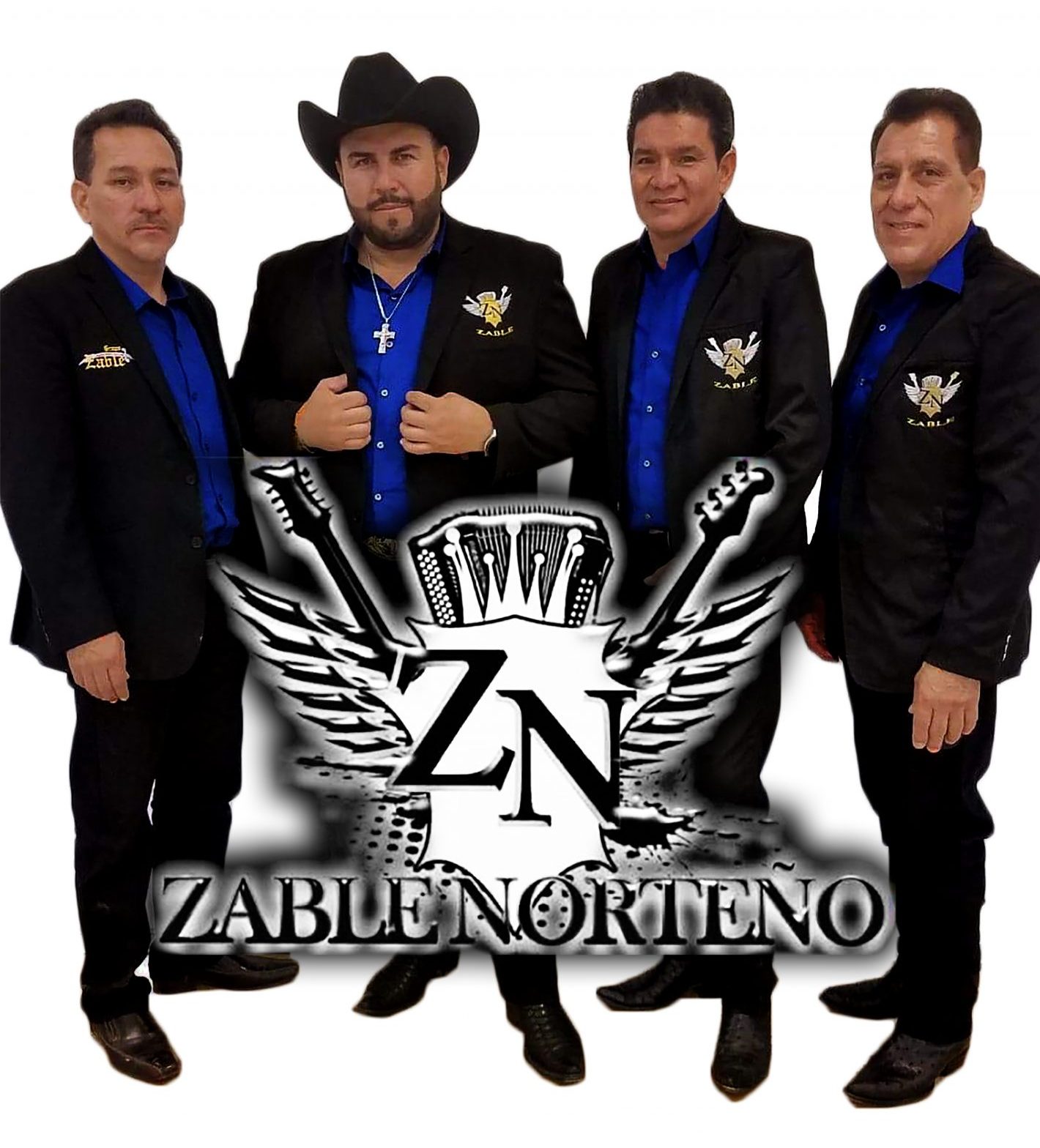 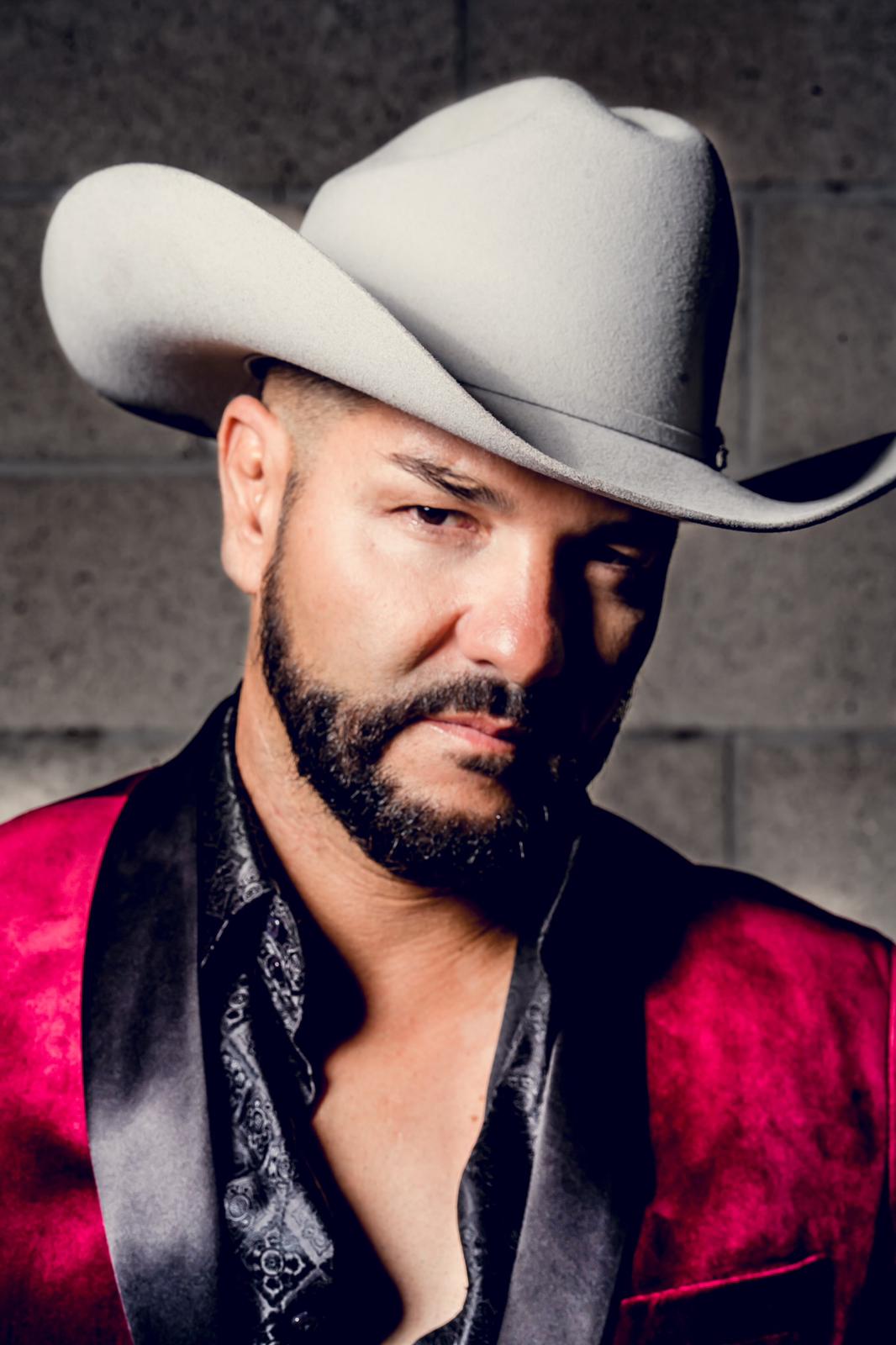 Innovative, Creative and Funny, this is how “Nash” describes this young man who came determined to conquer the Mexican Regional world with his Music.

His full name is Luis Ignacio Bustillos Borunda better known as “Nash” - a short nickname derived from the name Ignacio or ‘Nacho’.

Nash, born July 25, 1977 in Chihuahua, Chihuahua, Mexico, is the son of Patricia Borunda and Octavio Bustillos - both Chihuahuan parents. Nash spent his childhood and adolescence in the city of Chihuahua. His father is a recognized music-loving surgeon and his mother has a degree in education. It is on the side of his father that from a very young age he learns to sing and play the guitar. His mother says that Nash still did not speak but already sang. But Nash always knew that before devoting himself to music he had to finish a career and chose to study, Business Administration.

In August of 1995 he emigrated to the state of Texas, and began his studies at the University of Texas at El Paso, and it was in January of 1996 when he transferred to the Colorado State University (CSU) located in Pueblo, Colorado to finish his career. In CSU, he stands out as an athlete and champion in Racquetball and for those skills he is offered a scholarship to continue his studies.

In his Heart and in his mind he always carries the Love for music but follows a discipline in the sport, winning different titles such as, Mexican National Champion, Collegiate Champion in the United States, European Open Champion and Tokyo Japan Open Champion, among others. Those who saw him play say that Nash could have followed a very fruitful career in the sport of Professional Racquetball since recognized brands such as Adidas and Head Sports, already sponsored it, but in 2001, Upon returning from competing in Japan, and already with a degree University Nash moved to Los Angeles with the purpose of devoting himself fully to music.

After 6 months he meets a young man at a party that invites him to be the leader and lead singer of a Pop Rock group, or alternative music known as “Frontera". The group is crowned champion of the battle of Budweiser bands in 2005 competing with more than 600 bands. Shortly thereafter, they win the award as the best Latin band at Coachella Valley Music Awards.

They promised a good future as "Frontera," but obligations outside the music of group members make Nash a soloist.

However, the awards bring a special invitation to Nash, they invite him to prepare a Latin music concept for some casinos around Los Angeles, and this is how Nash gets his first weekly music entertainment contract with a focus on all audiences Latin. The concept works and the days when the band is presented in the casino manage to fill the place.

What Nash wanted was that they played music in Spanish, but of all, cumbias, merengue, pop, rock, Mexican regional, boleros and others. Here his new group known as Quinto Menguante was born, who along with Nash still continue to show up weekly at the casinos in southern California. "The Good Cock, Where I Want to Sing" Nash, has already stepped on very important stages in California and Mexico and like many music lovers, the genre has never been an obstacle.

Nash tells us where his tastes were born for music:

"On the one hand I have influence of the grupero movement of the north of the country and South of Texas, but on the side of my father I listened to José José, Napoleón, Emmanuel, Los Bukis apart I love the songs of Joan Sebastian and Ramón Ayala, and In English I also listen to John Mayer and Jason Mraz, I consider myself passionate about music in general and the effect it has on human beings. "

Already as a soloist Nash brings a very own style that can be described as a modern Mexican regional with a formula of accordion, guitar, sixth bass, drums and bass, varying rhythms between Pop, Regeaton and Rumba.

Today, Nash presents his first single entitled The Day and the Night describing this song as a tragedy, a loss, an unexpected abandonment.

However, "We have to dance and enjoy, even if it hurts," says singer-songwriter Chihuahuense. The music video for this single was filmed in the city of Palm Springs California where Nash currently resides. This video reflects Nash's charisma and personality as an interpreter, but at the same time reveals a Cool sound in the Northern genre.

"It is a blessing to make music with people so prepared and so successful from whom I take the most important lesson of my life; that work, perseverance and discipline are the key to Success." 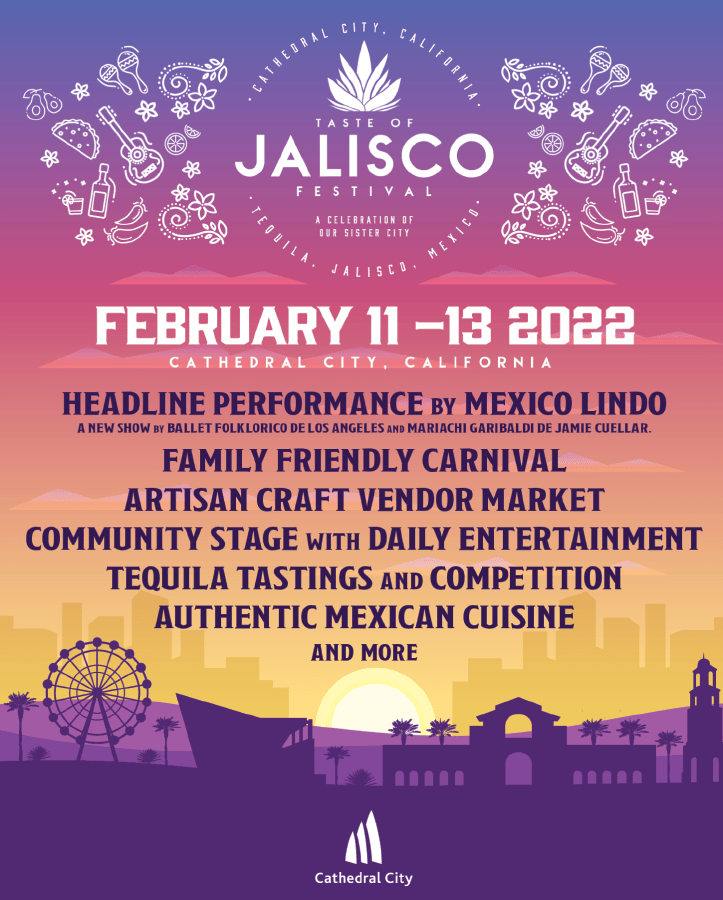